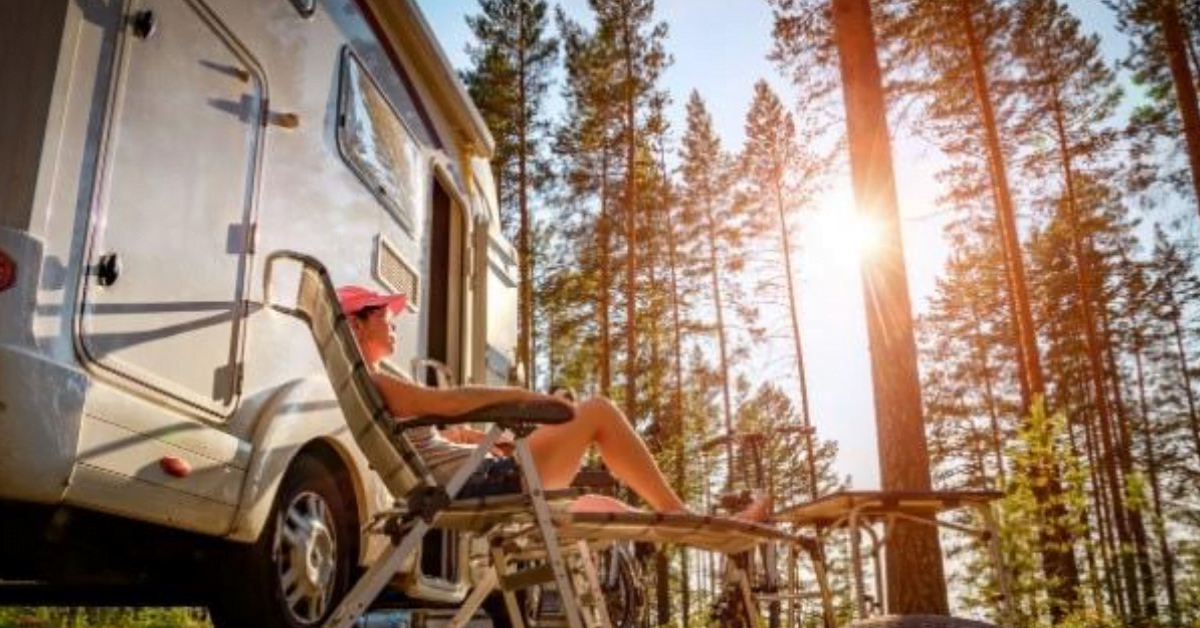 Towing a vehicle behind your motor home makes life easier. A smaller vehicle makes it possible to go sightseeing, go out on the town, and take short day trips. It also reduces the wear and tear you put on your RV.
Once you’re clear on the rules regarding towing a vehicle, you’ll need to consider whether you want to use a car dolly or the flat towing method to bring your personal vehicle along. There are pros and cons to both; we’ll be covering some below.

Benefits of Using a Car Dolly

At first glance, a car dolly looks like a partially-built trailer. The dolly is designed so that after you’ve hooked it to your RV, you can drive the front wheels of your vehicle onto the dolly’s two ramps, secure it in place, and be on your way. There are several benefits to using a car tow dolly.

For one, you can usually purchase a car dolly for less than what you’ll pay for a flat towing car hauler. Since the dolly is short, it’s also considerably easier to store. The smaller size allows many people to store the dolly indoors, which significantly lengthens the number of usable years you’ll get out of the dolly. Additionally, dollies can be hauled by most vehicles, no matter what type of drivetrain they have.

Having looked at the benefits, let’s look at the two major drawbacks of using a car dolly.

First, many people find that it takes a longer time to get their vehicle hooked up to the dolly than it did when they used a flat tow car hauler.

The second is that even though the vehicle you loaded onto the dolly isn’t running, miles are still being put on the frame. If you’re the type of person who hauls a vehicle all over the country, this means that your vehicle can sustain damage and/or significant wear and tear.

Benefits of Flat Towing with a Car Hauler

Flat towing car haulers hook to the back of the towing vehicle. They are longer and designed with two axles. The entire vehicle you’re towing rests on the car hauler.

There are several advantages to flat towing a vehicle with a car hauler.
First, flat towing means that no part of the vehicle being towed touches the road. This means the vehicle’s frame remains free of miles and won’t wear as you transport it from one location to the next.

Second, flat towing is simple. One person is usually able to both hook up the car hauler and load the vehicle onto it. Once the vehicle is loaded, the same person simply exits the car and straps it down. Many people are convinced that this is a more secure method for towing a vehicle.

Flat towing with a car hauler is the perfect choice if you’re moving a vehicle that’s not equipped with current plates. Many people use this option when they’re discarding an older vehicle that hasn’t been registered, or if they’re purchasing a vehicle and don’t have an opportunity to get plates for it before it is moved.

Now that you know both sides of the car dolly vs. flat towing debate, it’s a good time to learn more about towing a vehicle. These videos are a valuable source of information for new and experienced RV owners alike. If you have any questions, feel free to contact our team at Car Tow Dolly.